The College was built in 1937 as the third of Henry Morris’s village Colleges in Cambridgeshire. Morris was a visionary educational pioneer and chief education officer of Cambridgeshire, whose ambition was to bring opportunities to rural communities and lifelong learning ‘from cradle to grave’. He is remembered at the College in the naming of the Henry Morris Centre and Henry Morris garden.

The original building was built in the Art Deco style of the time and is now listed. It was designed to provide education for around 250 local children and, with its stunning setting under the local hills and the landmark of the water tower, benefited from attractively landscaped grounds for sporting and recreational purposes.

The population of the area grew in the post-war years and additional facilities were constructed to house music, English, mathematics, modern languages, science, art, technology and ICT. In 1993 the College Sports Centre was opened, which provides high quality sports facilities for the community and our own students. In 2007, an extensive building programme began which led to the opening of a new science block and dance studio in 2009. The programme was completed in November 2011 with the opening of a new reception area, library and student common rooms. We now have some of the most imaginatively designed education spaces in the county.

The College founded Chilford Hundred Education Trust in 2014 to support a struggling cluster primary school. CHET grew to include other primary schools in the locality, all of whom joined Anglian Learning on 1st April 2020. We are proud to be a member of this community-focused and like-minded family of schools. 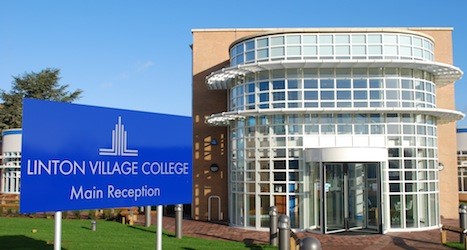